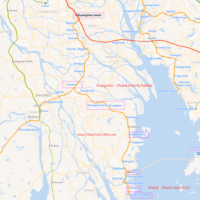 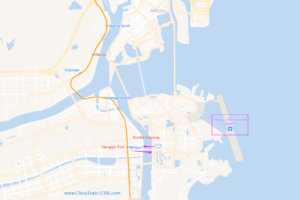 If you have any questions on your Zhuhai rail travel, do ask Jack. I’d love to offer my help. Contact Jack.

Zhuhai – Hengqin by Train in 22 mins

As of October, 2020, there are around 21daily C trains (high speed train) linking Zhuhai Railway Station (near Gongbei Port) and Hengqin Railway Station (next to Hengqin Port, Hengqin Checkpoint, Posto Fronteiriço de Hengqin) in 22 minutes in each direction, and the fare is CNY 9 for a second class seat.

Hengqing Railway Station is an underground train station in B2 level of Hengqin Port Building, and people can walk across the border port to get to or from the Lotus Checkpoint (Posto Fronteiriço da Flor de Lótus), from where you can access Macau.

Hengqin Train Station (横琴站, location on Google map), opened service on August 18 in 2020, is an underground train station in the B2 level of Hengqin Port (Posto Fronteiriço de Hengqin), serving regional intercity trains to or from Zhuhai Railway Station, Wanzai, Zhuhai Changlong Station. In the future it wll add services to or from Zhuhai Airport.

As the new Hengqin Port officially opened on August 18 in 2020, the passenger clearance services by previous Hengqin Checkpoint and Macau’s Lotus Checkpoint has been relocated to the new Hengqin Port. See the news here. The new port will adapt a Joint Inspection & One-time Release customs clearance mode, and all the immigration procedures are done in the new port, allowing passengers to cross from Zhuhai and Macau in a few minutes.

An extension line to link Hengqin Checkpoint in Zhuhai and Lotus Checkpoint in Taipa Island of Macau is going to build in the future. When completed, people can go diect via Macau’s Light Rapid Transit to Hengqin Port in Zhuhai and access mainland China by high speed trains from Zhuhai Railway Station.