If you have any questions on your Guangzhou – Zhangjiajie train travel, just ask Jack. I’d love to offer my help. Contact Jack. 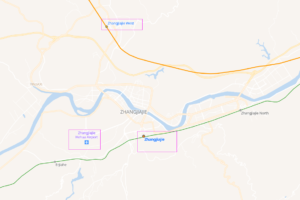 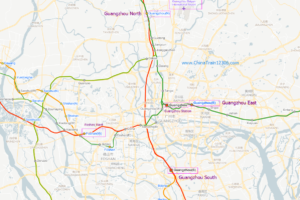 Aside from the high speed train, you get another good option to travel between Guangzhou and Zhangjiajie. That is the overnight train (T or K type trains), which is fairly cheap for those budget travellers. More importantly, these overnight trains leaves in the evening and arrive in the morning of next day, which saves you a night of hotel bill and allows you to explore Zhangjiajie in the morning on the day you arrive.

There are 4 daily T or K type overnight trains running between Guangzhou and Zhangjiajie, using the centrally-located Guangzhou Railway Station and the newly-built Zhangjiajie West Train Station. Journey time ranges from 12 – 14 hours and the fare starts at CNY270.5 for a soft sleeper. Of these 4 trains, Jack recommendes your best bets are the T8302 which leaves Guangzhou Station at 20:12 and arrives at Zhangjiajie West in 07:52 of following day, and the K9006 departing Guangzhou at 20:26 and arriving Zhangjiajie West at 08:30.

You can buy tickets with passenger passports in person in any train stations in Guangzhou (Guangzhou Station, Guangzhou South, Guangzhou East, Guangzhou North)or in Zhangjiajie (Zhangjiajie Station or Zhangjiajie West). Just go to the one close to you with easy access. You can not use the Chinese official ticketing site www.12306.cn as it doesn’t have a English version site and it only accepts payment by Chinese bank card.

Please refer to Hong Kong to Zhangjiajie by train