How to Travel between Hong Kong and Wuhan

Hong Kong is about 1100 kilometers from Wuhan, the capital city of Hubei Province. You can travel between Hong Kong and Wuhan by high speed train via Shenzhen, or by plane.

Currently, you will have to make a transfer in Shenzhen, from where you can take high speed trains to Wuhan, or travel to Hong Kong via Shenzhen Metro & Hong Kong MTR service. The following information explains you how to travel from Hong Kong to Wuhan via Shenzhen by bullet train: 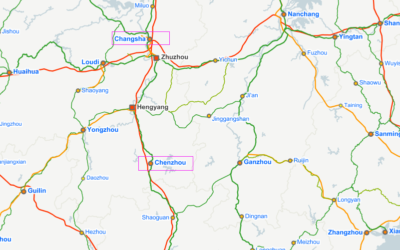 Shenzhen is the transfer point for bullet trains bound for Wuhan, or getting to Hong Kong by metro and MTR. All you need to do is to arrive at Shenzhen first, then transfer to Hong Kong or Wuhan.

From Hong Kong to Shenzhen: Take Hong Kong MTR service East Rail Line to Lok Ma Chau station first and walk across the border into Shenzhen’s Futian Checkpoint station to catch Shenzhen metro line 4 to get to Shenzhen North Railway Station (22 trains to or from Wuhan) or get to Futian Railway Station (2 trains to or from Wuhan) by metro line 4 and line 2 with a transfer at Civic Center (Futian Checkpoint – Civic Center – Futian).

From Shenzhen to Hong Kong: Just do as explained above in an oppisite direction.

From Wuhan to Shenzhen North or Futian Station: Just do as explained above in a oppisite direction.