Now, you get a new option for travelling between Hong Kong and Tianjin apart from flight since the launch of Hong Kong – Tianjin direct high speed train in July of 2019. The high speed train runs between Hong Kong West Kowloon Station and Tianjin West Railway Station in just 10 hours, and the fare for a single journey starts at CNY1092.5 for a 2nd class seat. The high speed rail ride is fast, fairy cheap, comfortable and an experience itself, giving you the chance to enjoy the countryside views of the country. If you choose to fly, you have about 3 non-stop flights daily (Hong Kong International Airport – Tianjin Binhai Intl Airport), taking about 3.5 hours.

How far is Tianjin from Hong Kong : the distance is about 2190 kilometers. 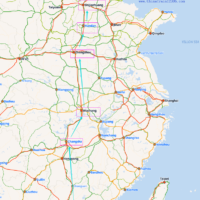 If you have any questions on your Hong Kong – Tianjin train travel, just ask Jack. I’d love to offer my help. Contact Jack. 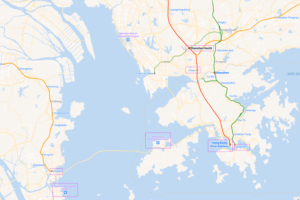 From Tianjin to Hong Kong, the G305 train leaves from Tianjin West Railway Station at 10:58 and reach at Hong Kong West Kowloon Station at 21:02. Travel time is around 10h04.

Both China and Hong Kong train tickets go on sale online 30 days before departure, or go on sale at train stations 28 days in advance.

Foreigners can buy tickets with your passports at train stations in HK or Tianjin, or book tickets online via China’s official 12306 site (in Chinese only & require China bank card) or HK MTR site (seen below) or using a trusted online ticket agent.

In Hong Kong: Foreigners can only buy tickets with passports at ticket counters in HK West Kowloon, which accepts HK dollor or Chinese RMB payments. You can buy cross border tickets (starting or ending at HK. eg: HK to Humen train, or Humen to HK) at 23 ticket counters. If you travel beyond HK (eg: Humen to Guangzhou, Guangzhou to Shenzhen), you need to go to buy the mainland domestic tickets at the 5 designated ticket counters at HK West Kowloon. Self-service ticket machines don’t work as they don’t accept passports.