How to Travel between Beijing & Shenyang by Train

Shenyang, the capital city of Liaoning Province is just about 730 kilometers northeast of Beijing City. High speed trains link Beijing and Shenyang frequently in just 4-5 hours by G or D category high speed trains, using different train stations in Shenyang or Beijing. You can also travel by normal train, which is slow but fairly cheap. In this page, Jack explains you how to take the train from Shenyang to Beijing, or to Beijing Capital Airport and its new airport – Beijing Daxing Airport, offering you some insider tips.

How far is Shenyang from Beijing: the distance is about 730 kilometers. 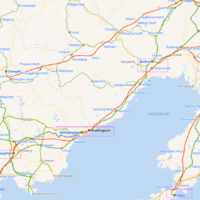 If you have any questions on your Beijing – Shenyang train travel, just ask Jack. I’d love to offer my help. Contact Jack. 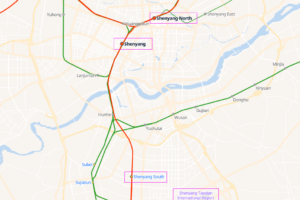 It is quite easy to travel between Beijing and Shenyang by high speed train, and you just need to figure out which is the right train station for your train.

Which Train Station in Beijing

Which Train Station in Shenyang

From Shenyang to Beijing Airport

Beijing has two airports: Capital Airport (PEK) and the new Daxing Airport (PKX). If you want to travel from Shenyang to Beijing Airport, you should figure out which is the right airport for your plane in advance, then take a high speed train from Shenyang to Beijing, arriving at either Beijing Railway Station or Beijing South Station. Finally, you can connecte to an airport bus to PEK airport or PKX airport directly.

You can buy tickets with passenger passports in person in any train stations in Beijing or Shenyang. Just go to the one close to you with easy access. You cannot use the Chinese official ticketing site www.12306.cn as it doesn’t have a English version site and it only accepts payment by Chinese bank card.

China DIY Travel is a China’s leading train travel expert. Helen and her professioal team are helpful in assisting foreigner to travel by train in China. They have made some useful Youtube video guides about China train travel. These videos maybe useful to your travel.