Chongqing is one of the 4 municipalities (the others are Beijing, Shanghai, Tianjin)in China, and located in southwest China. It is about 900 km from Guilin and Yangshuo in Guangxi Province. Travelers can travel between Chongqing and Guilin by flight or train. But train, especailly the bullet train is the most favoured way as it runs frequently, one time, and is fairly cheap and comfortable.

Now it is available to travel from Chongqing to Guilin and Yangshuo by direct high speed trains or back since the opening of Chongqing-Guiyang HSR in January of 2018. 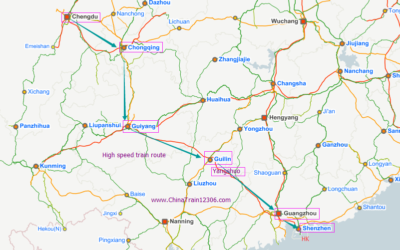 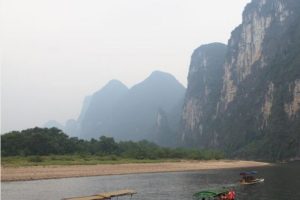 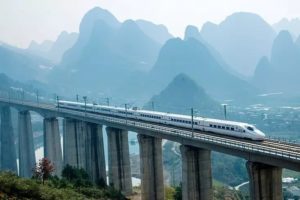 Travel tips: If all the direct bullet trains are sold out, you can also make a transfer at Guiyang, which may offer you more trains (Chongqing – Guiyang – Guilin).

From Chongqing to Guilin, the high speed trains will pass through Guiyang East, Duyun East, Sanjiang South etc. After arriveing at Guilin, some bullet trains will continue its journey to Yangshuo, Hezhou, Foshan, Guangzhou on the Guiyang-Guangzhou HSR, or continue to Liuzhou and Nanning in Guangxi Province.

From Chongqing to Yangshuo: Just take one of the 4 daily bullet trains from Chongqing West Station to Yangshuo Railway Station. Or go via Guilin (Chongqing – Guilin – Yangshuo), which offers you more train options.

After getting out of Yangshuo Train Station, just ture left at station exit to the bus ticket office, where you need to buy bus tickets (CNY20, 45mins)from Yangshuo Railway Station to Yangshuo High Speed Rail Bus Station. Then change to a local public bus (bus 604) to West Street (CNY2, 7mins).