Distance between Xi’an and Chengdu: 842 kilometers, around 522 miles.

Xi’an, the capital city of Shaanxi Province is far from Chengdu, the capical city in Sichuan Province. Taking a train or flight is usually the way to go for travelling between Xi’an and Chengdu. Each travel way has its own advantages and disadvantages, and you can design your route plan depending on your budget and conditions. Taking a flight is the fastest and most straightforward but a little bit expensive, and taking an overnight train would be an economical way because it helps save you a hotel bill and allows you to arrive in the morning. Just compare the travel fares and times of each option below. 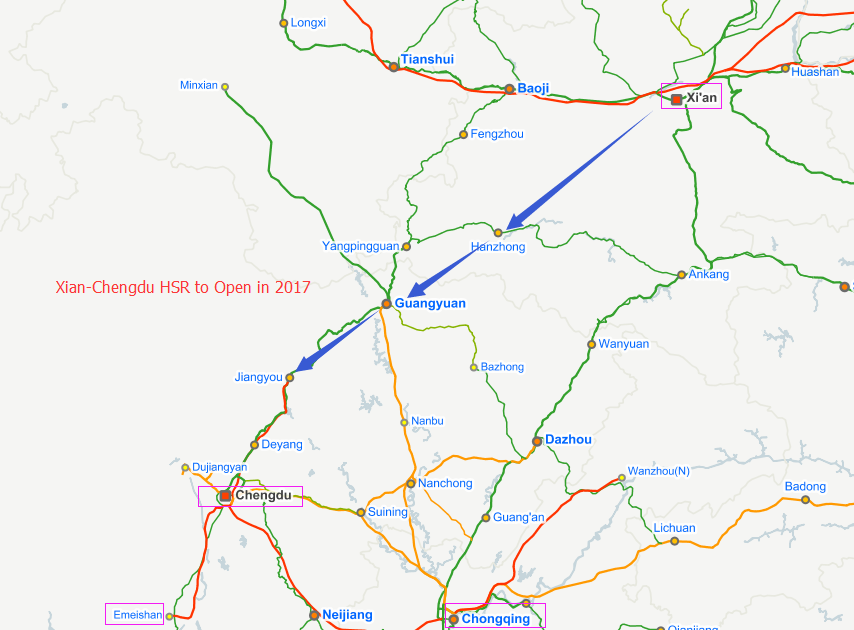 The Xian-Chengdu High Speed Rail will probably be open at  December 6 of 2017, and its official high speed train scheldule has just been leaked online(but you cannot check them on 12306.cn). Below shows the newest timetables for bullet trains from Xian to Chengdu or Chengdu to Xian. There are about 16 high speed trains daily, taking about 3.5-4.5 hours. All of the high speed trains depart from or arrive at Chengdu East Train Station and Xian North Train Station. Yet the ticket price has not been released. 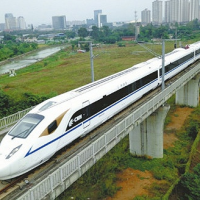 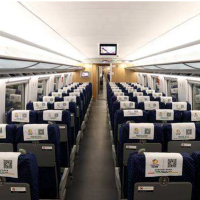 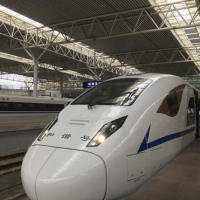 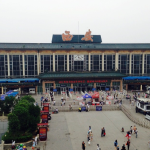 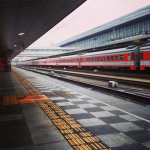 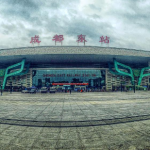 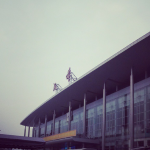 Xi’an Railway Station: This station is about 15-minute walk from Wulukou Station (metro station 五路口) on the Line 1.

There are over 10 flights flying between Xi’an and Chengdu daily, operated by the carriers of China Southern Airlines, China Eastern Airlines, Air China, Sichuan Airlines, Hainan Airlines, etc. You can fire the live airfare for this route at Ctrip

Is there high speed trains between Xi’an and Chengdu?

No high speed trains available currently. The Xi’an – Chengdu High Speed Railway is under construction now and is estimated to be competed in November of 2017. When competed, it will significantly shorten the train travel time between Xi’an and Chengdu from 12 hours to 3 hours.

When will the Xian – Chengdu high speed train service open ?

No official announcement currently. According to some reports, it is scheduled to open at December 6 of 2017.

How long and how much to travel from Xi’an to Chengdu?

It will cost you over 300 yuan and 12 – 17 hours to travel between Xi’an & Chengdu by regular rail. If you travel by air, the airfare is from 720 yuan (Just for reference) and flight time is about 1 hour and 45 minutes.

Is there any good China rail travel guide before I make this trip?

Yeah. The best resource would be www.seat61.com/China.htm. Mr Mark Smith gives very detailed information about how to travel China by train on his famous travel site Seat61.com.