It will be possible to travel from Beijing to Hohhot (capital city of Inner Mongolia in China) or vice verse by high speed train in the end of December of 2019, when the Beijing – Zhangjiakou Intercity Railway and Hohhot – Zhangjiakou High Speed Railway fully open. The bullet trains will shorten the travel time of rail journey between Beijing and Hohhot from 10 hours to 3 hours. The high speed trains are fast, smooth and comfortable and then they will be certainly the first option for travelling between the two cities.

How far is Hohhot from Beijing: the distance is about 500 kilometers. 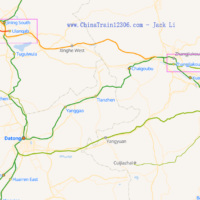 If you have any questions on your Beijing – Hohhot rail travel, just ask Jack. I’d love to offer my help. Contact Jack. 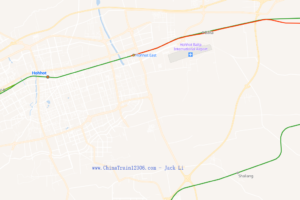 Currently, there are no direct high speed trains linking Beijing and Hohhot. But it will be available at then end of 2019 when the high speed railway that links Beijing and cities across Inner Mongolia opens, allowing passengers to travel from Beijing to Hohhot or Hohhot to Beijing in just around 3 hours. More details of train info will be added when the rail opens.

As of September of 2019, you can only travel between Beijinga and Hohhot by normal trains, namely the K, Z categories trains, which are not high-speed.

The slow K and Z type trains between Beijing and Hohhot are using Beijing Railway Station and Beijing West Station, and arrive at Hohhot East Station or Hohhot Railway Station.

The future high speed trains linking Beijing and Hohhot will use Beijing North Station, which is being renovated currelty, and Hohhot East Railway Station.

From Hohhot to Beijing Airport

You can buy tickets with passenger passports in person in any train stations in Beijing or Hohhot. Just go to the one close to you with easy access. You cannot use the Chinese official ticketing site www.12306.cn as it doesn’t have a English version site and it only accepts payment by Chinese bank card.