How to Travel between Changsha Airport & Zhangjiajie

Many travellers who want to visit Zhangjiajie will choose to transit in Changsha Huanghua International Airport (CSX). But many of them don’t know how to travel from Changsha Airport to Zhangjiajie or vice verse. Here Jack would brief you how to do it with the best routes.

How far is Changsha Airport from Zhangjiajie: the distance is about 360 kilometers. 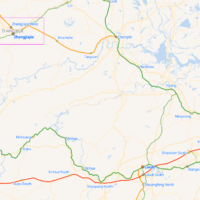 If you have any questions on your Changsha – Zhangjiajie travel, do ask Jack. I’d love to offer my help. Contact Jack.

Changsha’s Maglev Express,started service in 2016, is Changsha’s Airport – Rail Link, which links Changsha Huanghua International Airport and the high speed railway station Changsha South Railway Station (Changshanan)in just 30 minutes. It is China’s second maglev line with a length of 18.5 kilometer, running at a speed of 120 km/h. The ticket fare is CNY20 between the Airport and South Railway Station.

If you want to travel between Changsha Airport and Changsha South, Changsha Maglev Express is your best option.

There are C category high speed trains linking Changsha Railway Station and Zhangjiajie West Railway Station in 2h40-3h30, as well as some normal trains K trains or T trains linking Changsha Station and Zhangjiajie West in 4 – 5.5 hours. Jack recommends you to take the C trains as they are faster and comfortable and affordable.