How to Travel between Beijing & Huangshan

Huangshan in Anhui Province famous for Yellow Mountain (Huangshan Mountain) is far from Beijing, with a distance of 1330 kilometers. Generally speaking, you have train or flight options to travel between Huangshan and Beijing. There are 8 G-class high speed trains running between Huangshan North Station and Beijing South Station, as well as 2 K-class overnight trains running between Beijing Railway Station or Beijing West Station and Huangshan Railway Station. Also, there are about 2 daily flights between Beijing Capital Airport and Huangshan Tunxi Airport. 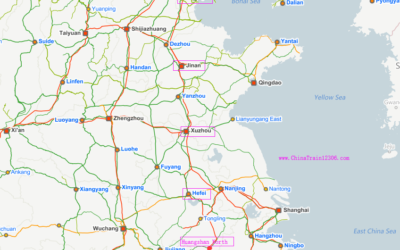 Train VS Plane, Which is the Best Way

Flights: The flight services between Beijing Capital Airport and Huangshan Tunxi Airport only run 6 days a week, on Sunday, Monday, Tuesday, Wednesday, Thursday, and Friday. It doesn’t run on Saturday.

If you have any questions on how to travel between Beijing and Huangshan, you can contact Jack anytime by sending emails to chinatrain12306@gmail.com. I’d love to offer my help

High speed train is the best option to travel between Beijing and Huangshan. You will have a good chance to view China’s countryside along the route. Moreover, high speed trains are comfortable, smooth and reliable to travel around with a fairly cheap price.

From Huangshan to Beijing : If departing from Huangshan North (Huangshanbei), you also have 8 daily G-class high speed trains to Beijing South (Beijingnan). Ticket fares are shown below.

When to Buy Tickets

If you buy tickets at train stations, the tickets go on sale 28 days before travel date. If you book tickets online, the tickets start to sell 30 days in advance.

You can buy tickets at any train stations in Beijing (Beijing Railway Staiton, Beijing South or Beijing West), or train stations in Huangshan (Huangshan Railway Station or Huangshan North Station). You can also use a trusted ticket agent like www.chinahighlights.com/china-trains/ and www.china-diy-travel.com (use PROMO Code: ct123 to reduce your service fee).