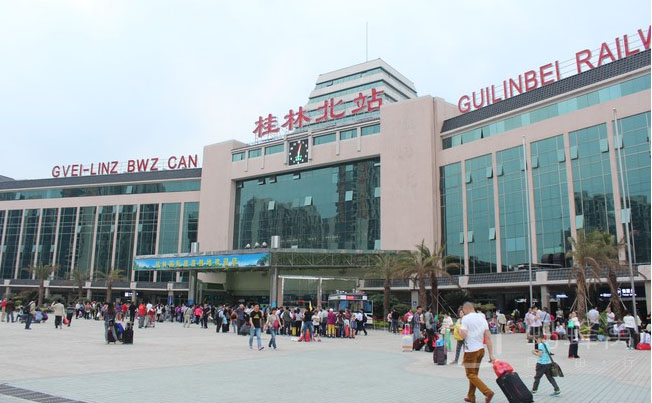 Getting to Guilin North

By bus: Travellers can take the No.100 bus from Guilin North bus stop (桂林北站) to Guilin Main Station (South) bus stop (桂林站, about 17 stops), and it takes you 40 – 50 minutes for the journey and costs you CNY 1 per person.

For more information on this, just refer to the comments on TripAdvisor about how to get from Guilin North to Guilin South.

Travellers can go to Yangshuo from Guilin North with the following choices:

For a live train schedule between Guilin North and Yangshuo, just enter “Yangshuo” and “Guilin” at the search form on http://www.chinahighlights.com/china-trains/

Train Schedule from Guilin to Other Major Places