If you have any questions, just leave me comments! 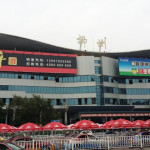 The old building of Liuzhou Railway Station has been demolished, and all its service (ticketing, check-in) has been moved to the new building. 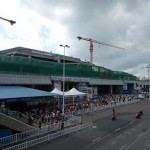 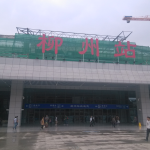 The new building (still under construction) of Liuzhou Railway Station 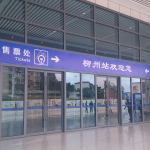 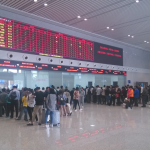 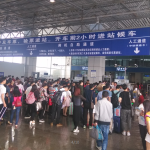 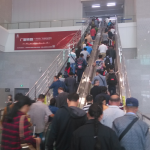 Take the escalator the get to the second floor (waiting hall) 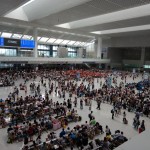 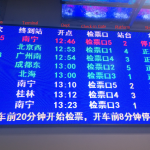 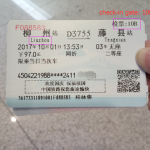 Sometimes your ticket writes the check-in gate: 10B 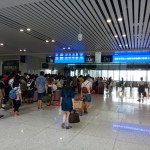 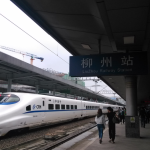 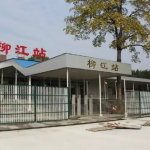 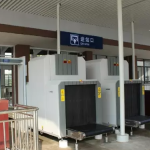 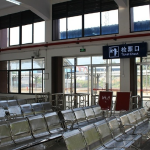 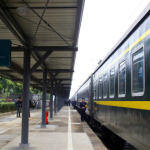 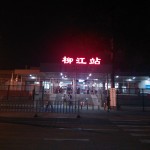 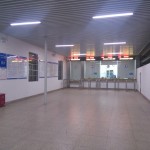 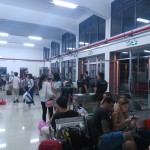 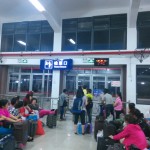 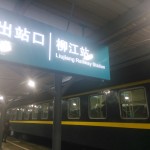 my night train from liujiang station to jishou, may of 2017

The railways in red & orange are high speed rails (for D or G trains) and the green lines are regular rails for K, T, Z trains. Just use this map to understand your rail trip.

You can take public bus 10 or a taxi to get to Liujiang Station.

The main station Liuzhou Railway Station (柳州站) is about 13 kilometers from Liujiang Railway Station, and you can transfer between by taxi or bus. But taking a taxi is easier.

By taxi: The easist way is taking a taxi from Liuzhou Railway Station, which may cost you 30 yuan.

Travel by Train from Liuzhou to …

In this section, I will explains you how to travel by train from Liuzhou to major cities, telling you the best, fastest or cheapest way.

Liuzhou to Fenghuang via Jishou by Train + Bus

You can travel from Liuzhou to Fenghuang via Jishou: First take a sleeper train from Liuzhou (using Liujiang Station) to Jishou Railway Station, then catch a bus from Jishou North Bus Station to Fenghuang. More details at Fenghuang page.

There are no high speed trains linking Liuzhou with Shenzhen directly but only some K type slow trains. Usually, you will have to make a connection in Guilin. Here are the routes for your consideration: