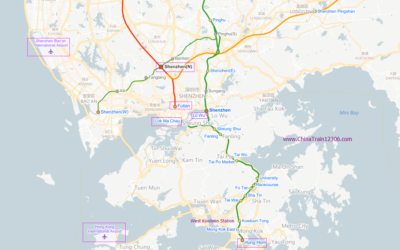 If you happen to want to find any transfer service of Hong Kong, you may use these services below:

Vibrant Express owned by Hong Kong will be used to run along the Guangzhou – Shenzhen – Hong Kong Express Rail Link. The train set is based on CRH380A EMU high speed train, and has two classes of seats: standard class and first class seats. 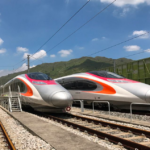 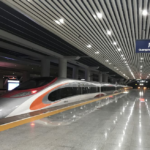 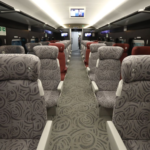 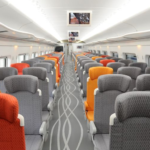 Foreigners can buy these train tickets at train stations, or via online website or use an online ticket agent. Seen below.

In Hong Kong: You can buy tickets with your passports at HK West Kowloon Station, where there are 23 ticket counters selling Hong Kong train tickets, also officially called Cross Boundary Ticket (for trains starting or ending at HK, eg: HK – Shenzhen Futian train or Shenzhen North to HK) and 5 designated ticket counters selling Mainland Domestic Tickets (eg: Shenzhen to Guangzhou, Guilin to Shenzhen). For purchasing or collecting Mainland Domestic Tickets at the 5 designated counters, it will charge you extra fees for each ticket.

In Shenzhen: You can also buy tickets at Shenzhen’s train stations with passports, including Shenzhen North, Futian Station, Shenzhen Railway Station (Luohu), etc. Just go to the one close to you.

From Hong Kong Airport to Futian & Shenzhen by Train

If you arrive at Hong Kong International Airport (HKG), and want to travel to Futian or Shenzhen North Station by high speed train, you can take the Hong Kong MTR Airport Express from airport to Kowloon Station, from where just walk via subway or footbridge to West Kowloon Train Station to catch your bullet trains to Shenzhen. See how to get from Hong Kong airport to West Kowloon.

From Shenzhen North to Hong Kong: Just do as explained above in an opposite direction.

From Shenzhen Futian Station to Hong Kong: Just do as explained above in an opposite direction.