How to Travel between Beijing & Datong by Train

Datong in Shanxi Province is the home to the famous historical site Yungang Caves as well as the spectacular Hanging Temple. It is worth a trip to see such abunddant sights in Datong from the nearby Beijing. Currently, there are only slow trains or regular buses or domestic flights running between them. High speed trains will not be available until October of 2019. So, slow trains or regular buses are the best option for you at present. 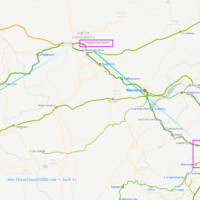 If you have any questions on your Beijing – Datong train travel, just ask Jack. I’d love to offer my help. Contact Jack. 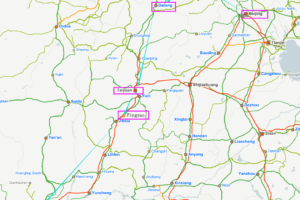 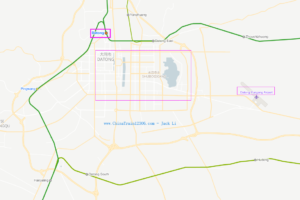 It will be possible to travel between Beijing and Datong in Shanxi Province by high speed train (Bullet train) when the Beijing – Zhangjiakou Intercity Rail and Zhangjiakou – Datong High Speed Railway open in the third quarter (probably in late October)of 2019, which will enable passengers to travel between Beijing and Datong in just 1 hour and 40 minutes (100 minutes in total). The current travel time by slow trains is about 6 hours.

Since there are no high speed trains available, you can only take slow trains for travelling between Beijing and Datong. Slow trains here mean those K, Z, and number-only trains eg: K263, Z283, 2603. They are the old-style trains but time-effective and fairly cheap transport option.

Which Train Station in Beijing or Datong

The slow K and Z type trains between Beijing and Datong are using Beijing Railway Station and Beijing West Station, and all of them arrive at Datong Railway Station. In the future, there will be bullet trains running from Beijing North Station to Datong South Railway Station in October 2019.

You can buy tickets with passenger passports in person in any train stations in Beijing or Datong. Just go to the one close to you with easy access. You cannot use the Chinese official ticketing site www.12306.cn as it doesn’t have a English version site and it only accepts payment by Chinese bank card.

In addition to train, travelers can also travel from Beijing to Datong by bus, or vice verse. The Beijing – Datong buses are using Liuliqiao Bus Station in Beijing, and New South Bus Station in Datong, which is 9km from Datong Railway Station. Buses run hourly from 08:00am to 15:30pm, taking 4-4.5 hours and bus fare is from CNY120 – CNY133.

Beijing Liuliqiao Bus Station is adjacent to Liuliqiao Subway Stop on metro line 9 and line 10. Just be noted that Datong has two south bus station, and the new south station is the one for bus to Beijing.

Beijing – Datong – Pingyao – Xian is a hot rail travel route with lots of famous historic sites to visit. When the Datong high speed train service opens in October 2019, it will allow travelers to travel these destinations all the way by high speed trains, shortening the travel time significantly.