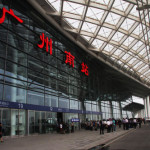 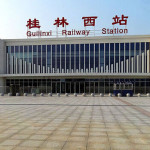 As of March 2016, there are about 30 high speed trains from Guangzhou to Guilin and reverse.

Guangzhou South (GuangzhouNan): by metro Line 2 & Line 7 (not open yet).

Guilin West: by bus 22b, 303. This newly-opened station is a little bit far from Guilin’s center with less public transport service.

The booking horizon for Chinese train tickets is up to 60 days. It is advisable to book tickets in advance with your passport at station or online.

If you want an onward travel from Guilin to Yangshuo, there are several high speed trains to Yangshuo. But the best option would be taking a bus.