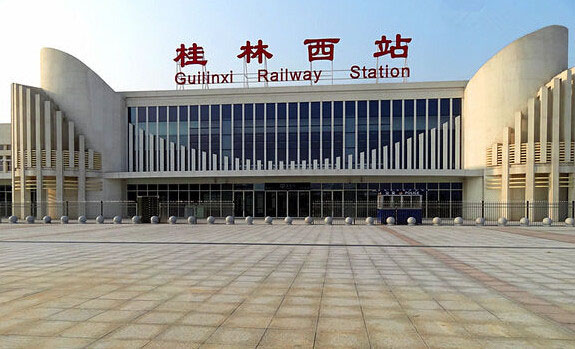 Important note: Guilin West is far from Guilin’s city center (around a 40-minute bus ride by No. 22B, see details below), and it has only two ticket windows for  buying or collecting tickets. So, you’d better get your tickets early in hand before your train departs. 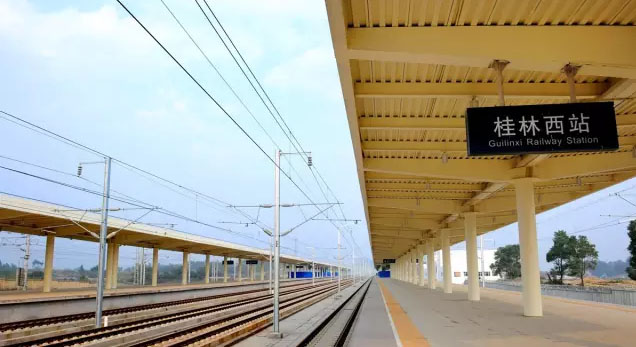 Which Station: Guilin West vs Guilin North vs Guilin (South)?

Guilin North Railway Station, located in Diecai District, is the second closest from the city center and can be reached by taxi, or bus 1, 32, 100..

Guilin West is the farest one from city center with less public transportation service (bus 303, 22b).

So, if you get to choose, Guilin Railway Station (Guilin South or Guilin Main) is the best option for your departure or arrival due to its distance and transport links with city center. Guilin North comes the second, while Guilin West is the worst option.

How to Get to Guilin West

Passengers can take a taxi, public bus to get to Guilin West from Guilin’s downtown.

By bus: The centerally-located Guilin Main Railway Station (South) is far from Guilin West, around 22 bus stop by No. 22 bus.

See train times below. For a live schedule, just use China Highlights by entering Guilinxi and Guilin.

From Guilin West to Guilin North

From Guilin West to Yangshuo by Train

It is possible to take a train from Guilin to Yangshuo by train now as the Yangshuo Railway Station‘s opening in 2016. See the Nanning – Guilin – Yangshuo Train page.

Here is the train times from Guilin West to Yangshuo: