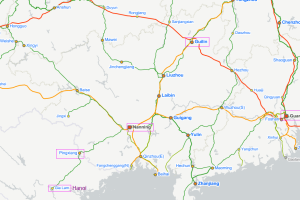 The railways in red & orange are high speed rails (for D or G trains) and the green lines are regular rails for K, T, Z trains.

The train tickets can be classified as two types: Group tickets (>=6 passengers) & non-group tickets (less than 6). 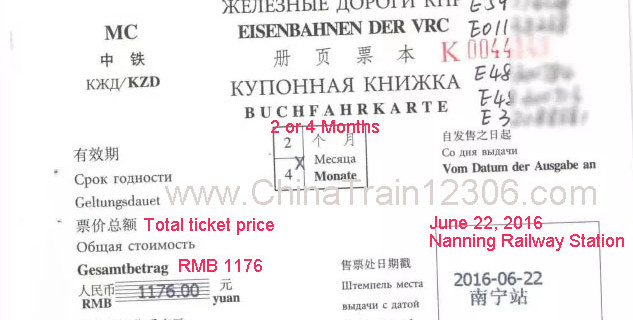 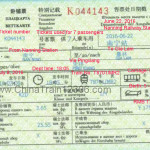 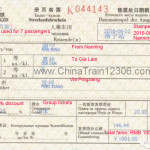 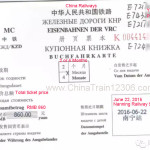 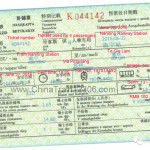 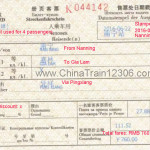 1. Buy at Railway Station in Person

The international train tickets from Nanning to Hanoi can only be bought at Nanning Railway Station (Note that Nanning has several train stations) at the counter 1 with your valid passport and visa, which costs about 215 yuan or 178 yuan. Travellers can buy the paper rail tickets in person at the station or use an online agent. But please be noted that the international tickets are limited and sometimes hard to buy. It is said that (not quite sure) Nanning Railway Station only sells 47 tickets daily for Nanning to Hanoi train (10 tickets from Chongzuo to Hanoi only be bought at Chongzuo station & 13 tickets from Pingxiang to Hanoi only be bought at Pingxiang Station). So you’d better buy tickets early (tickets can be bought at station 18 days in advance).

2. Use an Online Ticket Agent

Another popular way to travel from Nanning to Hainoi is using the long-distance bus. Currently, there are two bus stations in Nanning operating bus service to Hanoi: Nanning Langdong Bus Station and Nanning International Tourism Distribution Center. But the former one is more common for use as it provides more long-distance to Hanoi, and it also has buses to Haiphong.

Nanning to Guilin or Yangshuo: Guilin and Yangshuo are the two tourist destinations you should not miss during your travel in Guangxi Province. If you arrive at Nanning from Hanoi, you can continue your rail journey from Hanoi to Guillin or Yangshuo via Nanning by high speed trains directly. Just see the page: Nanning to Guilin & Yangshuo and understand rail travel in Guangxi.

Nanning to Guangzhou: After you take the train from Hanoi Vietnam to Nanning, you can switch to take a high speed train to Guangzhou (13 daily, 4.5 hrs, from RMB 172) at the same station.