How far is Jinan from Beijing: the distance is about 450 kilometers. 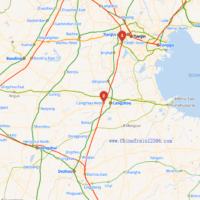 If you have any questions on your Jinan – Beijing Airport train travel, just ask Jack. I’d love to offer my help. Contact Jack.

You can check real-time timetable at http://www.chinahighlights.com/china-trains/ OR www.china-diy-travel.com (Promo code: ct123)

You can check real-time timetable at http://www.chinahighlights.com/china-trains/ OR www.china-diy-travel.com (Promo code: ct123)

You can buy tickets with passenger passports in person in any train stations in Beijing or Jinan. Just go to the one close to you with easy access. You cannot use the Chinese official ticketing site www.12306.cn as it doesn’t have a English version site and it only accepts payment by Chinese bank card.