From Tianjin to Beijing New Airport

Currently, there is no direct high speed trains running between Tianjin and Beijing Daxing Airport. You will have to make a transfer if you want to travel by high speed train. Here are the routes suggestion:

How far is Tianjin from Beijing Daxing Airport: the distance is around 130 kilometers. 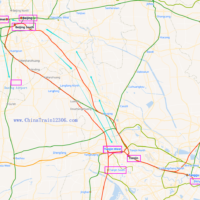 How to get from Beijing South Station to Capital Airport

From Tianjin to Beijing Daxing Airport

From Beijing Daxing Airport to Tianjin

From Beijing Daxing Airport to Tianjin, you can take high speed train from Daxing Airport to Beijing West Railway Station first, then transfer to Beijing South Railway Station by subway. Then, catch one of the frequent high speed trains from Beijing South to Tianjin, terminating at Tianjin Station, Tianjin West or Tianjin South.

Which Train Station in Tianjin

Which Train Station in Beijing

How to Buy Train Tickets in Beijing

Foreigners cannot buy tickets on the official China Railway ticketing site www.12306.cn, which requires you a Chinese bank card and the ability of reading Chinese. You can turn to use a trusted ticket agent, who can buy tickets for you when tickets are released and even deliver tickets to your hotel. Besides, they offer you additional help, guiding you how to collect tickets, how to get to the station, etc. Below are two trusted agents who got positive reviews on Trip Advisor or Trust Pilot:

More Train Travel from Beijing to: