How to Get from Baiyun Airport to East Train Station

The best way to travel from Guangzhou Baiyun International Airport (CAN) to Guangzhou East Railway Station is by metro – namely the northern extension of Guangzhou Metro Line 3, which takes only 35 – 45 minutes.

How far is Baiyun Airport from East Train Station: the distance is about 35 kilometers.

If you arrive at Guangzhou Baiyun Airport and want to travel to East Railway Station, you will probably use the metro line 3, which links Terminal 1 and Terminal 2 to the central city center. The Terminal 2 is located next to Airport North Station (机场北站)and the Terminal 1 is close to Airport South Station （机场南站）, both stations are connected to Guangzhou East Railway Station by metro line 3.

Reference: To or from Airport by Guangzhou Baiyun International Airport official website. 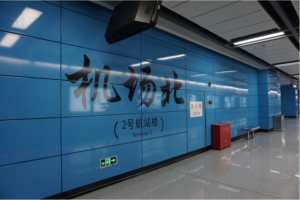 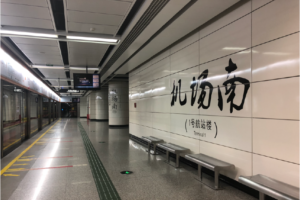 A taxi ride from Guangzhou Airport to East Railway Station will probably take 1h15m and the taxi fare is about 120 – 170 yuan. Just for your reference.