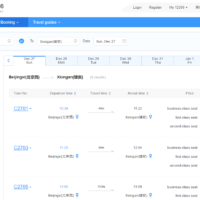 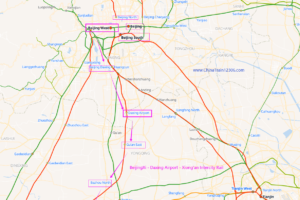 Getting to Train Stations & Airports

If you have any questions on your Beijing – Xiong’an rail travel, do ask Jack. I’d love to offer my help. Contact Jack.

New Beijing – Xiong’an train schedule has been added to 12306 China Railway official website, and it shows that there will be 11 daily bullet trains linking Beijing West Station (beijingxi)and Xiong’an Railway Station (xiongan) and journey time ranges from 50 minutes to 70 minutes. Ticket price is from CNY68 for a second class seat.

The good news is that the official 12306 China Railway has launched its English version website https://www.12306.cn/en/index.html for checking live train times and buying tickets online without any service fees. Foreigners can use passports to register for an official account and it accepts Visa credit card or some E-payment methods like Alipay or Wechat Pay. The 12306.cn English website has added Beijing – Xiongan trains now.