How to Get from Beijing West Station – Capital Airport (PEK)

Beijing West Railway Station is one of the most used high speed train stations in Beijing, with service to or from Shijiazhuang, Zhengzhou, Xian, Luoyang, Wuhan, Changsha, Guangzhou, Shenzhen, Hong Kong, Chengdu, etc. It is very far from Beijing Capital International Airport (PEK). Generally speaking, passengers have these public transport options to travel between them: by airport shuttle bus or by subway.

How far is Beijing West Station to Capital Airport: the distance is around 40 kilometers. 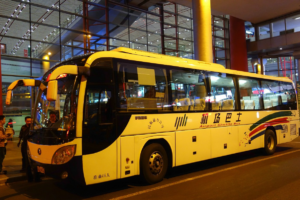 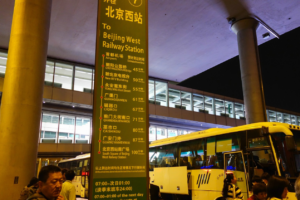 You can buy tickets at south square of the station.

It requires you to make transfers if you want to travel between Capital Airport and Beijing West Railway Station by subway.

From PEK Airport to Beijing West Railway Station: Just do it in a oppisite direction as explained above.

How to Buy Train Tickets in Beijing

Foreigners cannot buy tickets on the official China Railway ticketing site www.12306.cn, which requires you a Chinese bank card and the ability of reading Chinese. You can turn to use a trusted ticket agent, who can buy tickets for you when tickets are released and even deliver tickets to your hotel. Besides, they offer you additional help, guiding you how to collect tickets, how to get to the station, etc. Below are two trusted agents who got positive reviews on Trip Advisor or Trust Pilot:

More Train Travel from Beijing to: