As a large underground train station under the Terminal 2, Shuangliu Airport Railway Station has 2 basement floors. The B1 floor has ticket hall, 10 ticket windows, passenger waiting area as well as a passage to the Terminals and metro station. The B2 floor is the platform floor for train’s departure and arrival.

From Chengdu Airport to Leshan and Emeishan via High Speed Trains

For buying tickets or search for a live timetable, please refer to http://www.chinahighlights.com/china-trains/

Just enter “Shangliujichang” to search for trains to or from Shuangliu Airport Railway Station (Shuangliu Jichang). 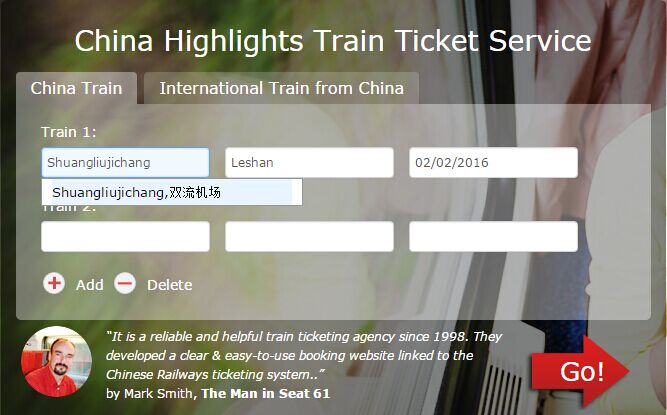