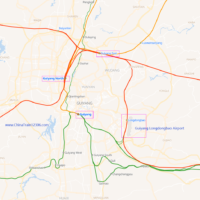 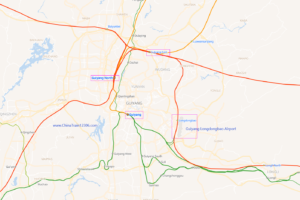 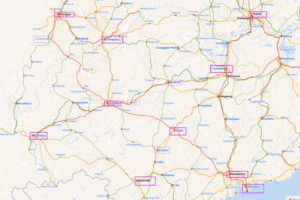 If you have any questions on how to travel between Longdongbao Airport and Guiyang City, do ask Jack. I’d love to offer my help. Contact Jack.

How to Get from Guiyang Airport to City

Guiyang’s Longdongbao International Airport has been connected into metro network on metro Line 2. Passengers can take the line 2 from Longdongbao Airport to the city areas of Guiyang in just 30 minutes.

Getting to train stations & airports in Guiyang

Guiyang’s metro Line 2 has been opened for servince on April 28 of 2021, connecting Guiyang Airport at Longdongbao International Airport station to the central Guiyang in 30 minutes.

You can also take Airport Bus Line 2 or the public bus 216 to travel between Guiyang Longdongbao Airport and Guiyang Railway Station, and it takes about 41 minutes.

As Guiyang East Railway Station (GuiyangDong) has not been connected into Guiyang’s metro network now. It is not possible to travel by metro between Guiyang East and the airport. High speed train or the airport bus is the best option.

You can also travel by airport bus line 3 between Longdongbao Airport and Guiyang East Railway Station in just 1 hour.

There are no direct high speed trains linking Kaili with Guiyang Longdongbao Airport currently, but you can still travel between them by making a transfer at Guiyang (Kaili South – Guiyang North or Guiyang East – Longdongbao).