How to Travel from Chongqing to Guiyang

Chongqing City is bordered with Guizhou Province and just 490 kilometers from Guiyang City, the capital of Guizhou Province. Now it has been available to travel between Chongqing and Guiyang by high speed trains since the openning of Chongqing-Guiyang High Speed Railway in January of 2018. The D category high speed trains run between Chongqing and Guiyang, and go further southbound to Guilin, Yangshuo, Guangzhou and northbound to Chengdu and westbound to Kunming. 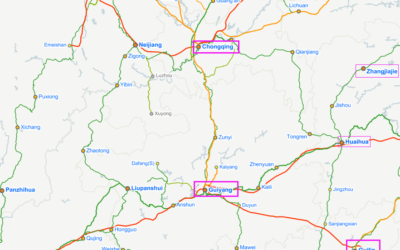