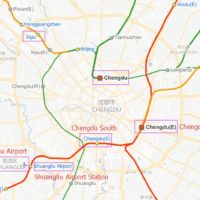 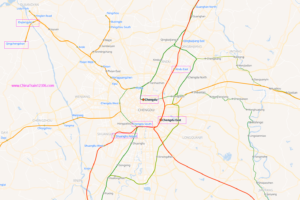 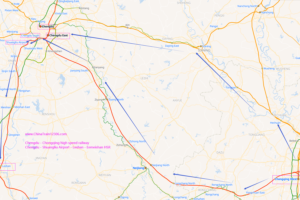 If you have any questions on how to go from emeishan to Chengdu Tianfu Airport, do ask Jack. I’d love to offer my help. Contact Jack.

Chengdu Tianfu International Airport (TFU)- Chengdu’s new airport located southeast of central Chengdu is about 180 kilometers from Emeishan City, home to the Mount Emeishan. Train + metro is the best way to travel between the airport and Emei city. You just go from Emeishan to Chengdu by train first, then get from Chengdu to Tianfu airport by metro. See explanation below:

Getting to Train Stations & Airports in Chengdu

If your train from Emeishan or Emei arrives at Chengdu South (chengdunan), you can just change to take metro line 18 to get to Tianfu International Airport in 50 minutes or so.

If your train arrives at Chengdu East Station, just go to take metro line 7 to Chengdu South railway station, then change to line 18 to get to Chengdu Tianfu International Airport.

How far is Tianfu Airport from Chengdu City

The distance between Chengdu Tianfu Airport and downtow of Chengdu is about 70 kilometers.

How far is Tianfu Airport from Emeishan

It is about 185 kilometers.