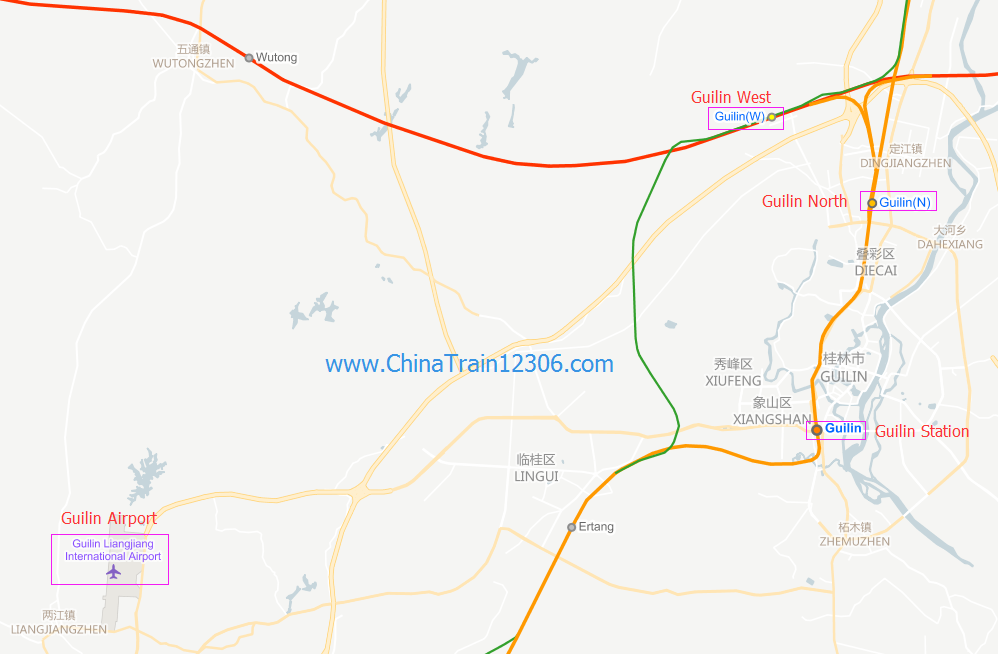 How to Get to Guilin Railway Station

Remember that Guilin has three train stations for passengers,and you need to figure out which station is for your departure.

Getting to Guilin Airport