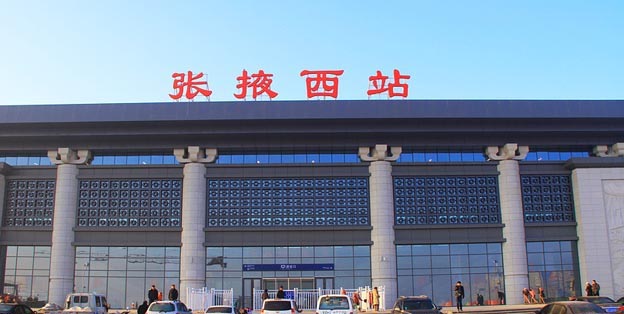 Arriving at Zhangye by Train

Passengers can take bus 22 to get to Zhangye West. The new route for bus 22 in Zhangye was put into use from December 22, 2014.

From Zhangye West to Major Attractions

Passengers can hire a taxi driver to the park and back, but the local taxi driver may charge you high fees (CNY 200). Alternatively, you can take a bus (CNY 1) to get to Zhangye West Bus Station (张掖市汽车西站) in West Ring Rd first, from where there are public bus bringing you to the geopark within 1 hour and cost you CNY 10. All the travel advice can been seen on Jesscia’s article China’s Rainbow Mountains – Danxia Geopark.