Guiyang East Railway Station (Guiyangdong)is one of the two train stations in Guiyang serving high speed trains. The other one is Guiyang North Train Station (Guiyangbei).

Guiyang East Railway Station (Guiyang Dong Train Station, Guiyangdong, 贵阳东站) is a new high speed station in Guiyang, opened on November 2 of 2017 and located in Wudang District in Guiyang City. It serves as an intermediate station connected to the Shanghai-Kunming HSR, Guiyang-Guangzhou HSR, and Chongqing-Guiyang HSR. 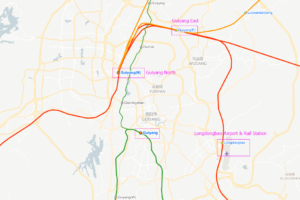 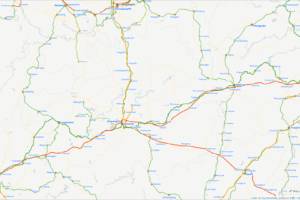 Trains to or from Guiyang East

Below are the major trains to or from Guiyang East, for more trains, just refer to

How to Get from Guiyang East to Guiyang North Station?

There are Bus 270 linking Guiyang East Train Station and Guiyang North Station in 40-50 minutes. The bus 270 will be waiting for the train passengers’s arrival outside Guiyang East Station at bus platform 1.