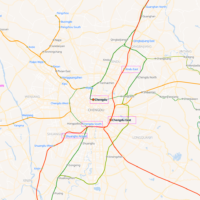 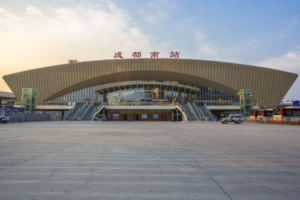 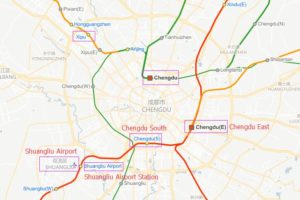 If you have any questions on how to get to Chengdu Tianfu Airport, do ask Jack. I’d love to offer my help. Contact Jack.

Tianfu Airport – Chengdu’s new international airport is still under construction. It is located around Luxia Town in Jianyang, 51 kilometers from central Chengdu, 50km from Shuangliu Airport (Chengdu’s old airport), 15km from Jianyang and 25km from Ziyang. Constructin work started on May, 2016 and was completed by the end of 2020. It is scheduled to open in middle of 2021.

Get to Train Stations & Airports

How to Get to Chengdu Tianfu Airport

By rail: An underground train station – Tianfu Airport Railway Station (Tianfujichang) is being built within Tianfu Airport and scheduled to open in 2023 with high speed service to Chengdu, Zigong, Neijiang, Ziyang, etc.

Take metro line 18 from Tianfu Airport to South Railway Station (metro stop) in 50 minutes first, then change to line 7 and alight at Taipingyuan metro stop, and then transfer to line 10 to get to Terminal 1 or Terminal 2 of Chengdu Shuangliu Airport.

Route A via Chengdu East

Route B via Chengdu South

How to Get to Chengdu Shuangliu Airport, Chengdu to Emeishan train, Chengdu to Chongqing train